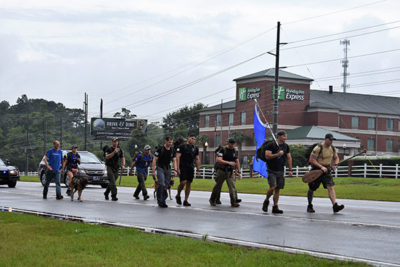 Marine Raiders passed by Brunswick Forest Tuesday morning as they near the end of their Memorial March, honoring those who died in last year’s C-130 plane crash in Mississippi. The ruck march began on July 14th and has spanned 900-miles and moved across 5 states, including Mississippi, Alabama, Georgia, South Carolina and North Carolina. The journey began at the crash site in Greenwood,… [Read More…]