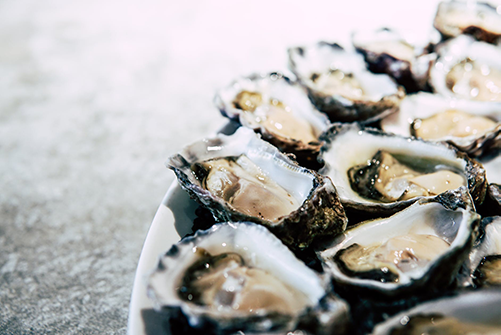 There’s a lot to love about the Autumn season in the greater Wilmington area. Slightly cooler temperatures, leaves changing amongst historic backdrops, and plenty of food to enjoy. October is a great time to get out and enjoy where you live. One of the most common Southern traditions on the Carolina coast this time of year is without a doubt, a good old’ fashioned oyster roast!

Oyster roasts are not just a modern-day lifestyle activity, they have been around since ancient times. Also known as a seafood boil, oyster roasts are easy to set up and a great way to get the neighborhood together. Shellfish in general are enjoyed all over the world but have become synonymous with the American South such as the lowlands of North and South Carolina. The term “oyster roast” first appeared during the 1890’s in Charleston, NC, which was predated by actual establishments called “oyster houses.” Think of this as a chop house for seafood! Basically, at the time, oysters and other shellfish were a cheap and easy way to get a meal for yourself. Oysters were either raw, in a stew, or cooked over a charcoal fire. Today many oysters are boiled or steamed, and all these decades later an oyster roast is considered a great way to socialize. While only men were considered for entrance into an oyster house, in modern times an oyster roast is all-inclusive and appealing for everyone.

As the nights get a little crisper, people are looking to engage in outdoor experiences. You cannot quite beat the crackle of an open fire or the aroma of a freshly prepared meal mixing in with the mild air. The concept of preparing an oyster roast is quite simple. You will need a pot to hold the oysters in or any type of steamer really and let a bushel of fresh oysters essentially roast in their shells. The art of breaking open an oyster shell to get at the meat inside is known as “shucking,” and often requires a specialty tool (depending on how serious you are about oysters of course!)

There are a lot of ways to enjoy a fresh oyster, you can have them fresh, with hot sauce, lemon, or even garnishing a fabulous coastal cocktail! Regardless of how you like them, you cannot deny that it is a big part of our coastal lifestyle here in the greater Wilmington area.

Brunswick Forest has had plenty of oyster roasts to entertain aspiring homeowners during special events, like our Autumn Homecoming Weekends. It always proves to be an equally tasty and entertaining time for all involved. If you want to involve yourself in a shuckin’ good time, you can even experience fresh oysters over at Shuckin’ Shack in The Villages Town Center. Or you can try your hand at experiencing this local tradition when you decide to move to coastal Carolina. A good meal with friends is a great way to warm the heart during Autumn, and we highly recommend you immerse yourself in it if you have not already!