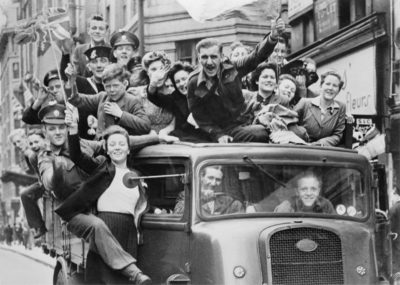 For all the great amenities that make life incredible here at Brunswick Forest, it’s important to never take it for granted. Just 74 years ago, times were much different than they are now. This applies not just to technology or quality of life, but in terms of what was happening in the world. World War II, a war that involved 70 million people, shook the foundations of many nations and left a lasting memory that will never be forgotten.

May 8th marks another anniversary of when World War II officially ended on the European front; we now recognize this event officially as V-E Day, which stands for Victory in Europe. V-E Day is known by many different names throughout the world; in France it is known as Victoire, and in Norway as Liberation Day. After embroiling the major countries of the world in a horrible conflict that spanned several years, the regime of Germany’s Third Reich came crashing to the ground. Even though the Pacific theater of the war against Imperial Japan still raged on until July, the first hurdle in bringing World War II to an end was achieved.

Millions of people rejoiced around the world, but the repercussions of unrelenting war could still be felt long after Germany surrendered. To quote British Prime Minister Winston Churchill, “We may allow ourselves a brief period of rejoicing; but let us not forget for a moment the toil and efforts that lie ahead.” V-E Day is considered a national holiday for many in Europe. Back in 1945, groups of people began celebrating early before the war officially ended. That tradition of celebration continues to this day in European countries like Great Britain. While V-E Day is not a public holiday in the United States, it is still officially observed and respected.

Older generations who remember the long years of uncertainty, now look to the new generations to carry on a brighter future for our country. Time might carry on, but the sacrifices made should make us mindful for the freedoms that we are endowed. If you know or see a World War II veteran, thank them for their service and heed their wisdom. For those who have sacrificed during World War II, we at Brunswick Forest thank you from the bottom of our hearts.

Winston Churchill gave a great speech when Germany officially surrendered, and you can hear the full speech here: https://www.youtube.com/watch?v=NEavcsrMoMw 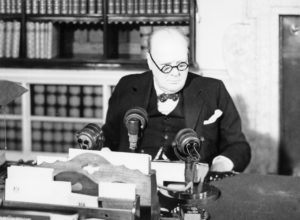 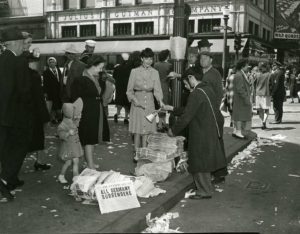