Honoring Those Who Gave Their All: Brunswick Forest Reflects on Memorial Day 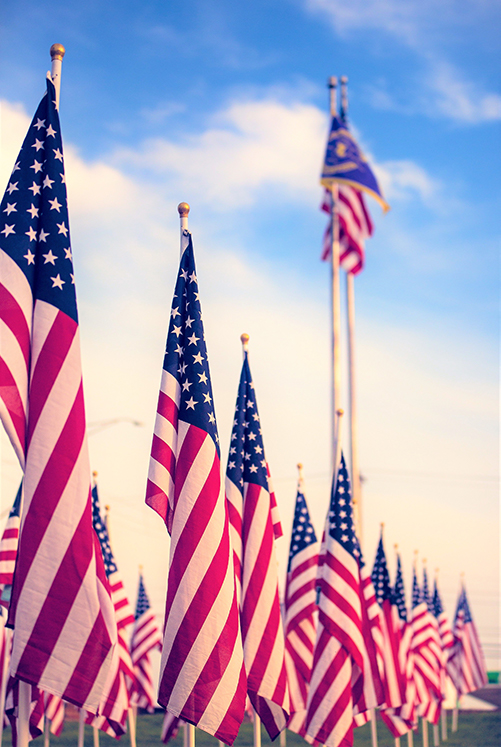 All gave some, but some gave all for their country. Memorial Day is mostly known today for its retail sales and cookouts. Many also see it as the unofficial start to Summer, but our community of Brunswick Forest wants to reflect on what this holiday is really about; honoring those who gave their lives for our freedoms.

Before the modern era, Memorial Day was once known as “Decoration Day,” and first came about in the days following the American Civil War. The concept was created for honoring those who passed while serving in the US Armed Forces.

The origin for Memorial Day takes place as far back as 1866 in a little town called Waterloo, New York. Though it’s unclear exactly how the tradition first started, it’s said that Waterloo was one of the first places to dedicate themselves to an entire day of remembrance. Businesses would close, and townsfolk would busy themselves by decorating resting places with flowers and American flags. The townsfolk even had a tradition of having a moment of silence. In 1966, the federal government officially recognized Waterloo, New York as “the birthplace of Memorial Day.” The moment of silence was also made a national practice at 3pm every year.

In 1868, General John A. Logan also further cemented the idea of a “Decoration Day.” He proposed that this event should involve decorating the graves of fallen soldiers and that it should come about on a day that wasn’t the anniversary of any previously recorded battle. Therefore, Memorial Day takes place on the last Monday of May each year. The very first Decoration Day took place at Arlington National Cemetery and involved a dedicated crowd of 5,000 participants that decorated the gravesites of more than 20,000 soldiers. General John Garfield was also in attendance and commemorated the occasion with a speech.

Originally, Memorial Day was only meant to honor those who had passed fighting in the American Civil War, but eventually, this tradition began to spread to other conflicts. This includes World War I, World War II, Vietnam, The Korean War, and the more recent wars in the Middle East. It wasn’t until 1971 that Memorial Day as we know it now, first came to be a recorded day on our calendars.

The greater Wilmington area has many fallen heroes of its own. You can choose to celebrate Memorial Day with a barbeque, a splash in the pool, fireworks, or lounging on the beach. But regardless, Brunswick Forest encourages you to take a moment to acknowledge why we’re all able to enjoy our freedoms, and may God bless our troops serving and protecting us around the world.