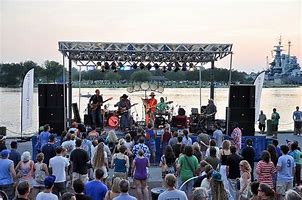 The 13th annual Downtown Sundown Concert Series returns to Riverfront Park in downtown Wilmington this coming Friday, May 25th. This popular outdoor music series kicks off with Coldplay tribute band, 42. These concerts are one of our favorite ways to spend a Friday evening during the summer and this year’s line-up doesn’t disappoint!

The series is a free, family friendly event that attracts both local residents and out of town visitors. According to the WDI website, over 26,000 people attended the concerts last year. WDI, or Wilmington Downtown Inc. is the concert producer and aims to provide “interesting and fun entertainment for attendees, spur interest and activity to Downtown during the early evening hours and to raise funds for WDI’s development programs.”

The schedule features a variety of musical genres with a focus on tribute bands from around the country. Headlining acts include Tuesday’s Gone, a Lynyrd Skynyrd tribute, 20 Ride, a Zac Brown Band tribute and Satisfaction, a tribute to the Rolling Stones.

Incorporating a non-profit component into the concert series, WDI partners with area non-profit agencies to split the proceeds from wristbands sold at the event. The wristbands cost $1 and can be purchased by people who are 21 and older that would like to drink during the show. Cape Fear River Watch will be this week’s charity wristband partner.

You can find a full schedule of concert dates here. 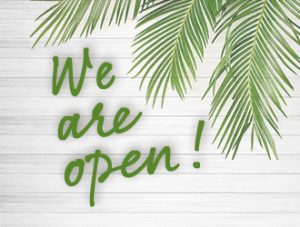