CELEBRATE AT THE NORTH CAROLINA AZALEA FESTIVAL THIS WEEKEND 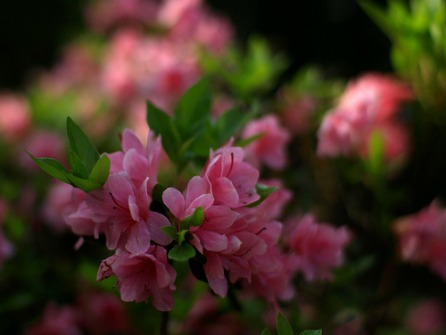 Head to Wilmington this weekend and take part in the city’s premiere festival and event! The North Carolina Azalea Festival is the largest festival of its kind in the state and has been a Wilmington tradition since 1948.

DOWNTOWN PARADE
The Azalea Festival Parade in downtown Wilmington is one of Southeastern North Carolina’s largest annual events and has more than 100,000 viewers each year. This year’s parade will follow a new route straight down Third Street and will include large inflatable parade balloons. View the parade from 9:30 am until 11:30 am Saturday April 11th.

COLE BROS. CIRCUS
The Cole Bros. Circus Big Top includes costumed characters, acrobatics, clowns and more and covers more than an acre of ground at the Wilmington International Airport. This family-friendly event is a time-honored festival favorite and the perfect activity for your Azalea Festival weekend.

FIREWORKS
View an out-of-this-world fireworks show over the Cape Fear River Saturday April 11th at 9 pm. Head out early to make sure you get the best viewing spot, or better, yet, check out some of downtown Wilmington’s restaurants beforehand.

GARDEN TOUR
View the beautiful flowers that were the inspiration for the festival at the Cape Fear Garden Club Azalea Garden Tour! This event is one of the most popular garden tours in the South and has been featured in Southern Living magazine.
For more information on all of the festival events, head to the NC Azalea Festival Official Website.