The History of Pumpkin Carving 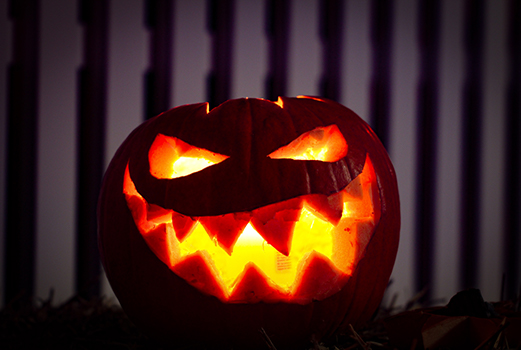 Pumpkins, Jack-o’-Lanterns, ghosts and ghouls! You know that Halloween is right around the corner at Brunswick Forest when many a plump pumpkin is placed outside for all to see! Many communities carve pumpkins, and the story behind it is very interesting.

This orange icon has long been a symbol of the Autumn season. You might have already seen or even engaged in the decorating of one for your own home. Kids especially love the process of carving a pumpkin open and scooping out the seeds, because it’s messy fun! Pumpkins also have plenty of other purposes besides fall decoration. Pumpkin seeds can be roasted, and the meat can be used to create pumpkin pie and other culinary recipes. But, where did the idea of decorating pumpkins in October first become a tradition? Who first started it and why?

The origins of pumpkin carving and decoration goes far back to ancient cultures of the world. Celtic cultures were the first to introduce carving to the scene, which later became a staple of Irish culture. The term, “Jack-o’-Lantern” comes from an old Irish folk tale called “Stingy Jack.” Legend has it, that Jack invited the Devil himself to have a drink with him. The thing is, Jack wasn’t called stingy, for no good reason. Jack wanted to get away with a free drink, so he tricked the Devil into picking up his bar tab! After Jack passed away, he was prevented from moving on to the afterlife as punishment. Jack was cursed to eternally wander the Earth in the dead of night, with only a single coal ember to guide him. Jack would place his light in a hollowed-out turnip, and from that point onward, people began to call him “Jack of the Lantern” or “Jack-o’-Lantern” for short. In reverence of this tale, the Irish began to carve out vegetables in his likeness. The carved produce served as a deterrent to keep Jack away, while lighting the way for good spirits. That’s right! Pumpkins were not the first items that were decorated for what was known as “All Hallows Eve.” Turnips and other root vegetables were used instead.

The original carvings were meant as a deterrent to scare away Jack from homesteads. After many Irish families immigrated to America in the 1800s, they found that Pumpkins made for excellent carving specimens, especially because pumpkins didn’t really grow well in Ireland. The tradition of Pumpkin carvings has stuck ever since. The tradition of lighting the way for spirits also carried over and is how carved pumpkins became associated with Halloween. Now, Jack-o’-Lanterns can be seen everywhere during October!

Regardless if you’re celebrating Halloween here at Brunswick Forest, or maybe visiting a different location in Wilmington, making Jack-o’-Lanterns is a ton of fun. The next time you see a Jack-o’-Lantern glaring at you ghoulishly from someone’s front porch, remember to say a prayer for poor Stingy Jack!